Once you see how EASY it is to build a profitable income with Children's Books... you'll wish you'd found this sooner.
“Discover How You Can Easily Plan Your Children’s Book Using the Tools and Insights Previously ONLY Available to Writing & Publishing Professionals!”

If you have visited a bookstore recently, or ever... you already know how big the children's section is - in fact, it normally occupies almost 20% of most bookstores.
This is larger than any other genre.
According to Publisher's Weekly "between January 2014 to September 2015, children’s book sales are up 12.6% in the U.S., 28% in Brazil, and 10% in China, with 11 of the 20 bestselling books in the U.S. being children’s titles."
Publishers.org cites similar numbers stating "The area of largest growth for the trade category was children & young adult, which had double-digit growth in both revenue (20.9%) and units (13.5%). Children & young adult fiction surpassed the adult fiction market with 843 million units and 746 million units sold respectively."
Children's Books continue to grow when all other markets - including eBooks - are on the decline!
Best of all...
Children's Books are one of the most
inviting genres for new authors!
This popular course is completely updated—it's yours today for only $97!
Here's Everything You're Getting Right Now...

EXACTLY How to Plan Your Children's Books for Maximum Success!

Yes, You Get a Live-Taught Training With Me Guiding You Through the Whole Process (Plus the Replays)!
You'll discover:
Only $97!
(Limited Time Offer at this price)
Click Here to Order Right Now Special Price is Good For A Limited Time Only - Instant Access on the Next Page

About the Creator of This Course

Tony Laidig is taking a lifetime of design adventures to new horizons in online training. From his first published photos at 19 and on to becoming a prolific, award-winning book cover designer he proved his parents worries wrong while doing what he loved.
Today he loves combining his passions for illustration, photography and book design while connecting with likeminded people in online training, empowering entrepreneurs to do what they love. On his downtime he loves hanging out with his grandkids and his own personal ninja. 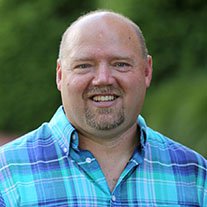 This course also includes the following bonuses to help you
stay on track and get your Children's Book finished—fast!

In this training, we lay the foundation for how to get started illustrating your own children's books.
We'll talk about:
• The biggest challenge for ALL children's authors
• Understanding artistic options you never considered
• Planning your illustrations and telling your story visually
• Photographs and how they change the rules
• PLUS, I'll share a powerful Case Study you can use immediately
Run time: 1 hour 4 minutes

In this training, we take a look at new illustration software options for converting your photos into illustrations.
I'll show you:
• Game-changing new tools for photo illustrations (my secret weapon for fast illustrations)
• My latest illustration workflow
• New miniatures resources
• The single biggest secret to succeeding with this unique illustration method
• Step-by-step "over the shoulder" guidance on how to do absolutely everything!
Run time: 29 minutes

In this training, we continue to look at new illustration software options for converting your photos into illustrations.
We'll continue with:
• Working with one of my absolute favorite illustration tools
• Customizing presets to create new illustration styles
• Step-by-step "over the shoulder" guidance on how to do absolutely everything!
Run time: 31 minutes

You will have lifetime access to the replays of the training, so you can watch it from anywhere as many times as you want.
Plus, if there's an update - you get that too!

Any 1 of these bonuses alone is worth the asking price of this valuable offer... and you're getting all 4 PLUS the Over-My-Shouder Training!
Massive $197+ Total Value
Yours for ONLY $97
(Limited Time offer at this price)
Click Here to Order Right Now Special Price is for a Limited Time Only - Instant Access on the Next Page

Refund Policy: Due to the astronomical value and the included materials which match
exactly the offer described on this page, no refunds are available for this package.
© Copyright 2016 Tony Laidig. All Rights Reserved
Privacy - Disclaimer - Terms - Legal Rights - Contact